On Saturday 16 October the 32 races of the Fourth Qualifying Round of the Fa Cup took place , with the debut of the 23 teams of the National League. At the moment, eighteen out of thirty-two races have had a winner, for the other 14 the replay scheduled between Tuesday and Wednesday will be necessary.

There are eleven National League Clubs that access the next round, the First Round Proper , eight instead those that will have to wait for the replay to get the qualification, four teams eliminated.

One will certainly leave the competition: the winner between the internal clash between Yeovil Town and Weymouth ; same fate happened to Barnet eliminated by Boreham Wood and to Wealdstone defeated in the derby with Dag & Red.

Surprise elimination for Woking and Aldershot Town defeated respectively by Horsham and Bowers & Pitsea both clubs of Isthmian League the English seventh division.

The other 7 clubs currently qualified

Great satisfaction for the other 7 Clubs that access the next round in which the draw will be able to find the Professional Clubs of League One and League Two , in addition to the aforementioned Isthmian League formations : the Bowers & Pitsea el Horsham , two more complete the list Division Week Clubs: Harrow Borough from Southern South and Banbury United from Southern Central .

Closing the list of teams currently qualified is also an eighth series club, the AFC Sudbury from the Isthmian League North who overtook the sixth series Dartford, winning at home with a score of 3-1; after eliminating Cockfosters, Potton United, Stowmarket Town and Cheshunt in previous rounds.

Two other eighth series clubs can join the Suds at First Round Proper, the Marine opposite Wrexham AFC and Marske United who will play the match against Gateshead again. 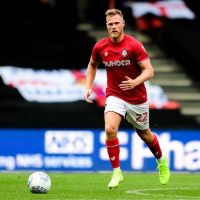 Some people think football is a matter of life and death. I assure you, it’s much more serious than that.